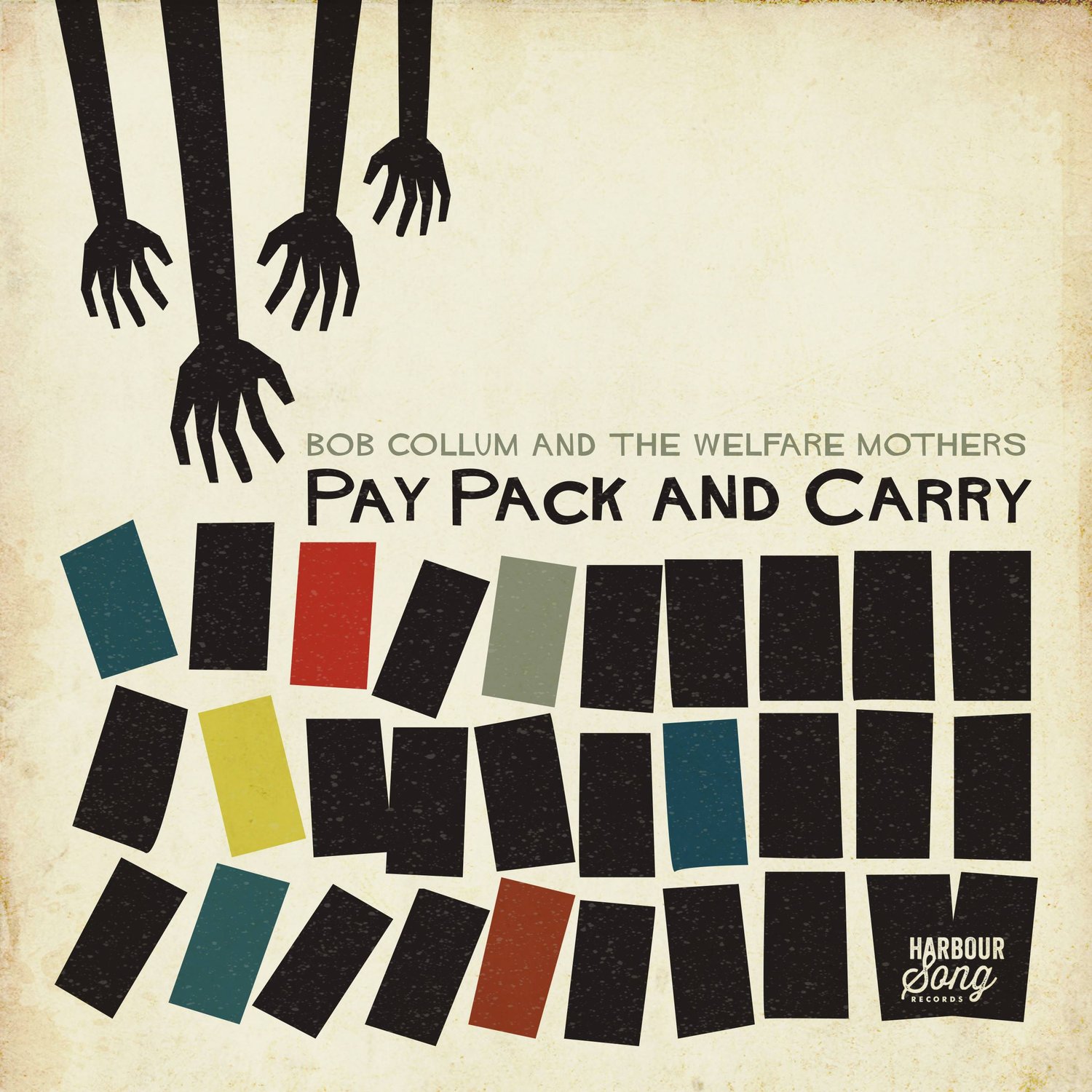 Bob Collum hails from Tulsa, Oklahoma but is long settled in deepest Essex; an unrepentant and incurable anglophile who’s released a series of acclaimed albums while regularly gigging with his ever-evolving Welfare Mothers.

Pay Pack And Carry arrives with the anticipated meld of tradition and innovation. Based on a long-established fusion of power pop and country music it shows once again his mastery of both, overlaid with many other fascinations, and featuring a couple of significant guest collaborators in Martin Belmont (Ducks Deluxe, The Rumour) and Peter Holsapple (REM, The DBs) who just happen to be musical giants.

She’s also allowed Bob to rein back on the more traditional country elements. The title track proves a fine example of how they can infuse his compositions without being blatant. He’ll reference particular Byrds and Monkees songs as “not trying too hard to sound like country songs. Taking the elements but doing it organically rather than dramatically”.

There are readings of both Mike Heron’s ‘Log Cabin Home In The Sky’ and Michael Nesmith’s ‘Different Drum’, as Bob strongly believes doing covers prevents a performer seeming too self-absorbed. Peter Holsapple provides harmonies on both: “I knew it was right up his alley. Peter can do the vocal asides – the ‘yeahs’ and ‘woos’ I wish I could.”

Avoiding self-absorption is typical of the man. Getting Bob Collum to stay on the subject of his music can be some task, though he does concede: “I like the new album”. Then he’ll be making light of his abilities, and start talking about The Beatles again. It may speak to his grounding, self-awareness, and sense of standing on the shoulders of giants, but underplay it as he might Pay Pack And Carry provides yet more evidence of his singular talent.